I really liked Melancholia. Not only because of the extraordinarily beautiful images but also because of the paradoxes of melancholy hinted at by Trier. Being both a mental as well as bodily state. Both life envigorating and life destroying. Both capable of being harnessed and uncontrollable.

As I believe I am a practising melancholic at times I thought that kickstarting with Triers Melancholia would be a fitting first post on FPOA. It really intruigues me. I guess there is a fine line between romantiscism and melancholy and in a brilliantly twisted way both play an important role in the artwork of the dystopian and beautiful worlds of Warhammer - as it does for Trier in Melancholia:

Well, it’s hard to smuggle in a bit of ugliness. So I think the film is slightly on the edge of plastic. Here and there. (Lars von Trier, 2011)


I read Triers statement as a hint towards melancholy as a physical state of the body being able to be incorporated as a key element in miniatures. Balancing ugliness and the edge of plastic. I come to think of the book The Anatomy of Melancholy by Robert Burton (first published 1621).

With reference to Triers Melancholia, The Anatomy of Melancholy as well as some important artworks by Blanche and Casper David Friedrich I am working on a 40K Inquisitor Navigator (based on a converted sculpt by the talented hands of Danish sculptor Tue Kaa) and a blindfolded servant (based on a converted Mordheim Dreg).

This piece is my first FPOA Project: Melancholia I. I look forward to it! 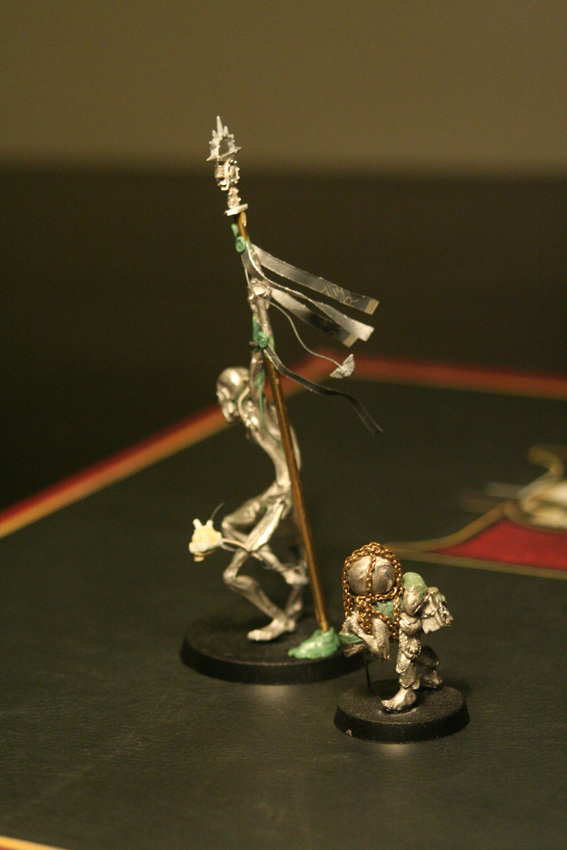